THE RESEARCH IN SOCIAL SENSIBILITY 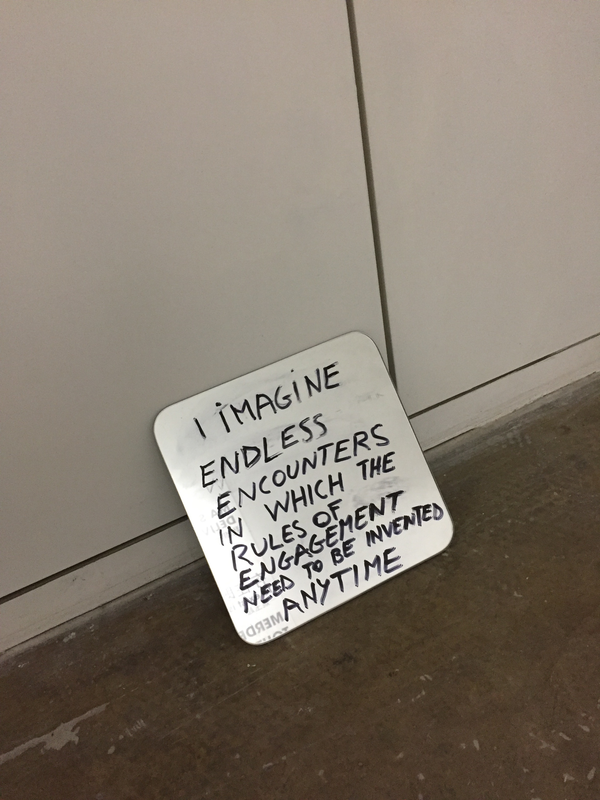 The concepts, the ideas, images, the texts, the information and the videos you will find about the whole project have been organized and structured in an archive of events, procedures, methodologies and patterns. Nevertheless it is most important to remember that the core elements and energies that have made this practice going for over ten years are those of spontaneous, non-hierarchic and informal encounters between people across disciplines, competences, lfe-styles, social, ethnic, religious and cultural groups whose humility, curiosity and capacity to accept and embrace the other and highlighted the transformative potential of embracing and sharing differences instead of remaining in one's own comfort zone. Thanks to this quality it has been possible to imagine and experience moments whose intensity, honesty and liveliness have bypassed spatial, professional and personal codes, rules and boundaries.

It is this mutual openness and kindness, together with the capacity to deal and handle the obvious and legitimate contradictions, tensions and misunderstandings, that a project like this can exist and continue to develop.

All its structures and formal qualities are flexible and can mutate, change and adapt in time, responding to the always changing inputs and situations, while one single steady point remains: the misterious quality of those very first un-necessary and non-mandatory organic encounter.

These projects are developed by individuals, workers, managers, employees of Bernard Controls China and France with the assistance of the artists of the Social Sensibility R&D Departments. Once realized they are exhibited in the factories and outside, in art galleries, museums and institutions that shows interest.

ARTISTS IN RESIDENCE AND COLLABORATIVE PROJECTS

These projects are realized by visiting artists who spend short and medium flexible amounts of time in the factories (at least two months) in collaboration with workers, managers and employees. Depending on the quality and level of engagement and contribution, the projects' authorship is shared among the participants.

The research in Social Sensibility is an example of trans-cultural and trans-disciplinary decentralized research practice that was born from the encounter between Alessandro Rolandi, multimedia artist/author/researcher and Guillaume Bernard CEO of Bernard Controls group, in Beijing in 2010. It has been developed through the Social Sensibility R&D Departments at Bernard Control factories in Beijing and Paris/Gonesse and the SoSens Institute, Sosens Institute, a new entity whose purpose is to develop and promote the approach invented for the Social Sensibility R&D Department at Bernard Controls in Beijing, China and in Paris/Gonesse, France. The research in Social Sensibility aims at developing artist-run departments within companies and institutions in which the artist, working as a researcher, becomes a constant creative presence and disturbance in the reality of working life, to inquiry and act using relationships as a material and artistic practice (in any medium) as a tool to impact the relational sphere. The department works in part as an artistic residence, inviting external artists to intervene for flexible time periods and in part as a constant research site where the artists who run it, every week, develop individual and group dynamics with the employees of the company in the form of creative and dialogic activities.The output of the practice takes the forms of artworks made by artists, artworks made by artists in collaboration with employees, artworks made by employees accompanied by the artists who run the department.The department is an internal function of the company, (as HR or Finance, etc), not an external consultancy. Beside contemporary artists, the project is open to other practitioners of experimental disciplines, scholars and researchers.The artworks and projects created by the external artists remain full property of the creators who can decide to take it away, leave it in the factory or create different editions, according to their needs and feelings.The only condition demanded to apply for a project with the department is to be available to spend a considerable initial amount of time to attend the factory and build some relational bond with people working there.This need to be done in a natural and personal way. The number of people with whom to engage and the way are extremely flexible and not planned. The projects proposed after this first period should be informed/inspired/triggered by a relational dynamic that has been built. The first part is also the ‘time’ for which the artist receives an economic reward.
The output of the artistic projects can be physical or not and they do not need to come to final product if due to the circumstances and their process they cannot continue or they exhaust themselves.The first relational input is what constitutes the core value of this practice.The internal activity of the artists who run the department, is to be part of the company’s dynamics and to help, individually and collectively, the employees who manifest the will to engage in art knowledge and practice on a voluntary base, to develop their own artworks and creative paths. The people in the company become “art users” in the measure in which they interact constantly, according to their own time and will, with both the artists of the department and with the external artists. They can choose to be passive, actively involved, to be just observers, to be critical or dismissive or indifferent. The Social Sensibility R&D Department is currently fully implemented only in one company worldwide: Bernard Controls, in its two industrial plants in China and in France.
In Beijing, the SSR&D Department has been initiated and it is directed by A.Rolandi in collaboration with Tianji Zhao and it is almost 10 years old. The one in Paris/Gonesse has been initiated by A.Rolandi 6 years ago and now run in collaboration with Blandine De la Taille.

After almost 11 years in Beijing and 6 years in Paris, the research in Social Sensibility has created a large amount of material in different forms and mediums, and despite the fact that some patterns start to appear, its characteristics remain largely experimental. The Social Sensibility R&D Department and The Research Institute have been invited to appear with artworks, articles, documentation, discussion panels and site-specific projects in exhibition organized by several art institutions between 2014 and 2020 :

Hereby I add some online links to various materials that can help to better understand the complexity and the variety of what we have done and of what we are doing:

Made in China academic revue article Article by A.Rolandi & Zandie Brockett on Made in China Journal, July 2019